The Trump International Hotel Las Vegas is a 64-story luxury hotel, condominium, and timeshare located on Fashion Show Drive near Las Vegas Boulevard, just off the Las Vegas Strip in Paradise, Nevada, named for real estate developer and the 45th and current President of the United States Donald Trump. It is located across the street from Wynn Las Vegas, behind Alon Las Vegas on 3.46 acres, near the Fashion Show Mall, and features both non-residential hotel condominiums and residential condominiums. The exterior glass is infused with gold. The hotel is a member of The Leading Hotels of the World.

Tower 1 opened on March 31, 2008, with 1,282 rooms. The hotel features two restaurants: DJT, named after the developer, and a poolside restaurant, H2. Due to the overwhelming seller's response from the first tower, Trump announced that a second, identical tower would be built next to the first tower; the mid-2000s recession put that plan on indefinite hold. It is Las Vegas's tallest residential building at 640 feet. In September 2012, the Trump Organization announced that it sold roughly 300 condominium units in Trump International Hotel Las Vegas to Hilton Worldwide's timeshare division, Hilton Grand Vacations. 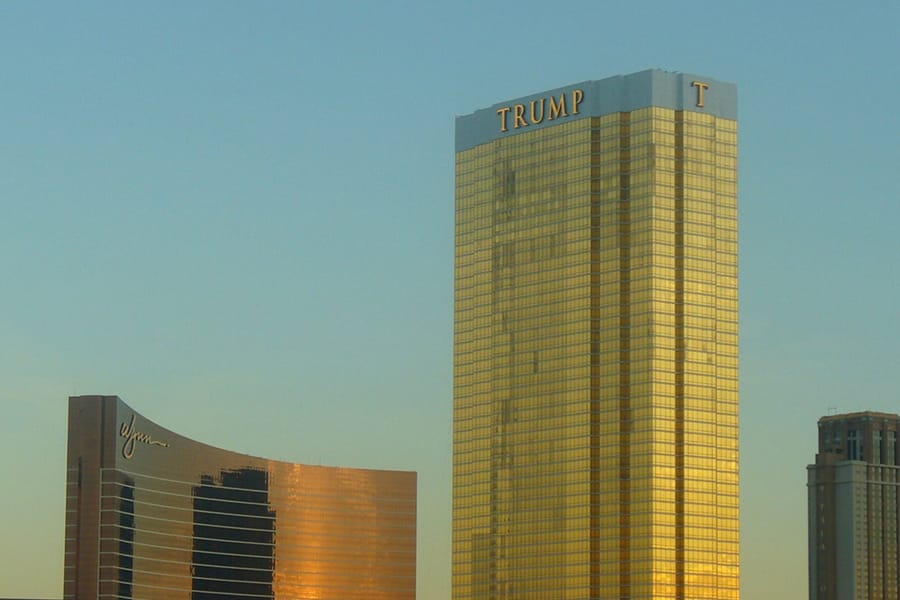 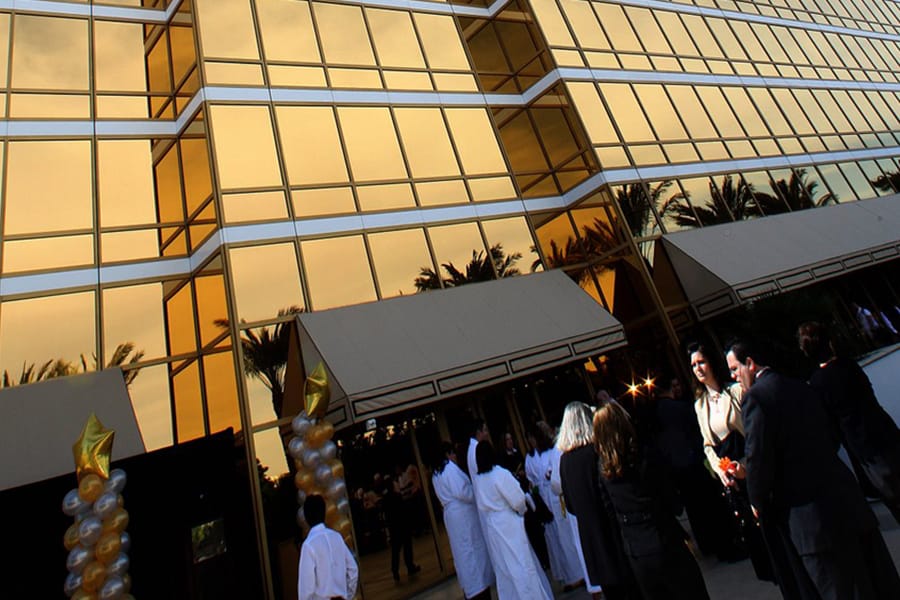 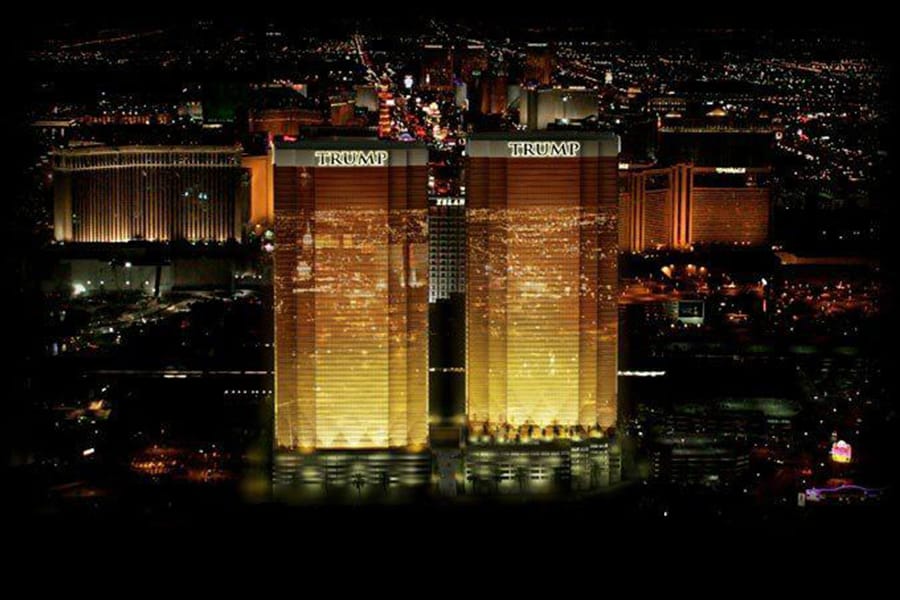 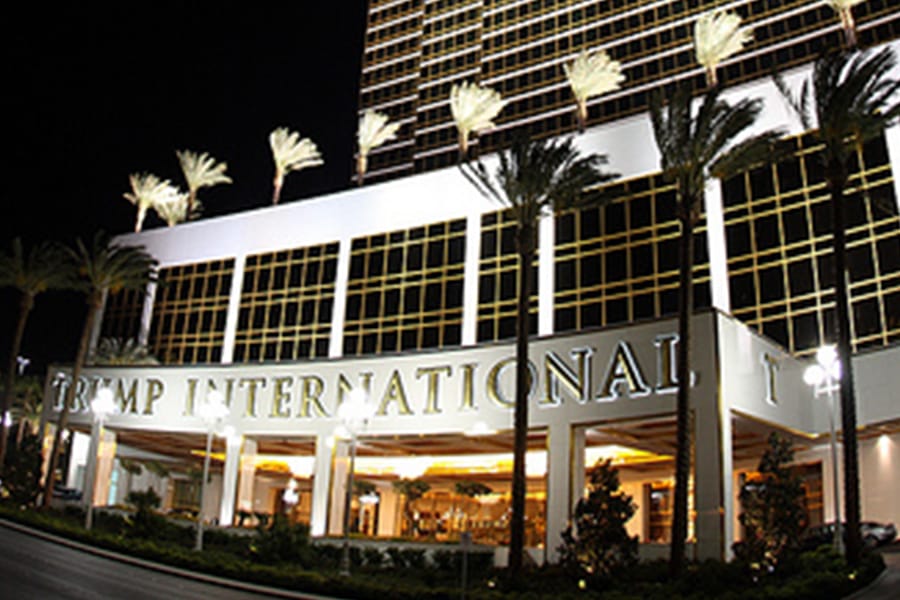 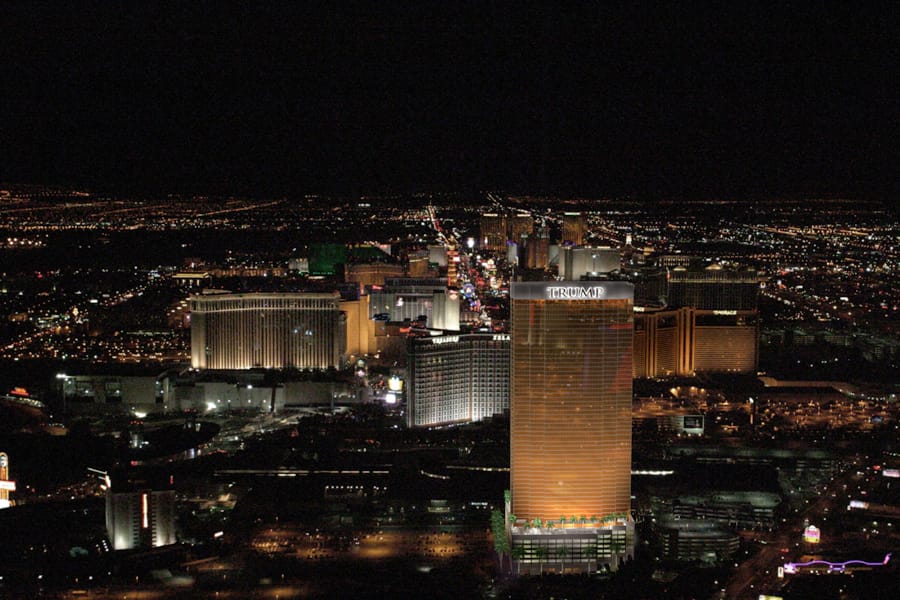